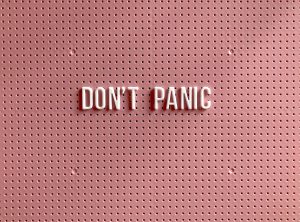 On Monday evening, President Trump tweeted about temporarily suspending legal immigration into the United States: “In light of the attack from the Invisible Enemy, as well as the need to protect the jobs of our GREAT American Citizens, I will be signing an Executive Order to temporarily suspend immigration into the United States!”  The tweet appears to link the temporary suspension to the COVID-19 pandemic, and to some lesser extent the protection of jobs for American citizens.  Although exceedingly vague, the tweet caused significant anxiety for many immigrants, including a number of Giron Kirby Law Group clients.

In a press briefing on Tuesday, the President provided some additional guidance, saying he would be placing a 60-day pause on the issuance of green cards in an effort to limit competition for jobs in a U.S. economy impacted by the coronavirus.  He said the Executive Order would apply only to individuals seeking permanent residency and would not affect workers entering the country on a temporary basis.

On Wednesday, President Trump signed the Executive Order, which went into effect on Thursday, April 23.  The Order temporarily prohibits some individuals who are outside of the United States and seeking permanent resident status from entering the country.  The following individuals are excepted from the Order:

The Order will remain in effect for at least 60 days, though it may be amended or extended.

The Order is largely symbolic, as it represents no real change from current practices in place.  Many work visas and green card applications have been suspended under prior coronavirus related changes to the nation’s immigration system.  President Trump has already imposed visa restrictions on 13 countries through his travel ban.  This new Executive Order simply expands that by barring green cards from being issued abroad from all countries.

If you believe this Executive Order may affect your immigration matter, please give us a call today at 713.955.2065 or contact us online to schedule a consultation.