This morning, Houston Public Media aired a story concerning the aftermath of the recent rescue of 29 migrants from a Houston stash house who were being held against their will in an effort to extract ransom from their family members back in Mexico and Central America. Firm founding shareholder Leslie Giron Kirby was interviewed for the story, recounting her involvement in assisting one of the kidnapped migrants after his liberation from the stash house and subsequent detention by Immigration and Customs Enforcement (“ICE”).

The story, by Elizabeth Trovall, is now available online here and also includes audio of the original broadcast. 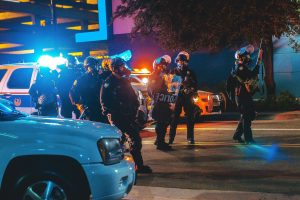 While the story of the rescue of these 26 individuals made waves when first reported, it can’t go without mentioning that this was no isolated event. Migrants fleeing gangs or seeking a better life in the United States are the subject of kidnappings, ransom demands, and worse every day on Houston streets. And that’s before they land in ICE custody, where they can be detained right next to the very people that had kidnapped them in the first place, as was the case with many of the migrants the subject of Ms. Trovall’s article.

This is a cautionary tale of the shortcomings of human nature and our immigration system, deserving of reflection, consideration, and action.

If you would like to discuss your immigration matter with one of our Houston immigration lawyers, please give us a call today at 713.955.2065.