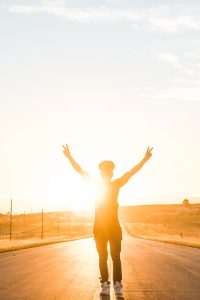 Facing eight federal lawsuits as well as opposition from hundreds of colleges and universities and the public at large, the Trump Administration has ordered Immigration and Customs Enforcement (“ICE”) to rescind the guidance issued on July 6, 2020 that would have required F-1 and M-1 international students to take in-person courses during the upcoming fall semester or face deportation, despite the current pandemic and the alarming surge in COVID-19 cases in major hub cities.

It was widely believed that the numerous legal challenges to the Trump Administration’s new guidance would ultimately bring the policy to a screeching halt. Now we know that the administration has reversed course before federal courts had the opportunity to intervene. With the policy rescinded, ICE will allow these students to maintain lawful status even if their schools cancel in-person classes and opt to go online.

If you’re a little lost in the flip-flopping, we are now back to where we were in March when temporary exemptions were first announced…

The policy rescission brings a huge sigh of relief to thousands of international students and universities alike that were scrambling to reassess their plans for the fall. We are pleased to see that the Trump Administration did the right thing.

International students are held to rigorous standards when pursuing their academic education in the United States.  Under the current regulations, F-1 and M-1 international students are generally prohibited from taking more than one online class or three credits of online instruction during any given semester.  The temporary exemptions implemented in March were a saving grace to millions of international students, which allowed them to maintain lawful status even if their schools canceled in-person classes and opted to go online.

Thankfully, the recent reversal brings needed relief to the international student community as the fall semester approaches.  While the reversal is good news, any solace it has brought is tinged by fear that the Trump Administration could change course again, just as it has already done.

As always, the Giron Kirby Law Group will continue to monitor developments and provide updates as they become available.  Please call our office if you have any questions regarding any immigration-related matter: 713-955-2065.